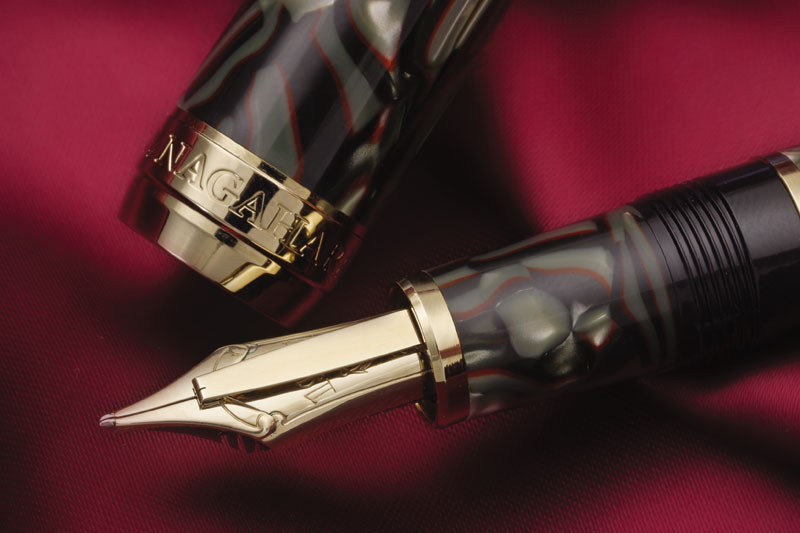 It is in the manufacture of the nibs where the Sailor pens make the difference with the rest, and were Nobuyoshi and Yukio Nagahara the masters in charge of its design and elaboration. Find all Sailor´s fountain pens here.

Here are the most important Nibs:

The first nib designed in its entirety by Mr. Nagahara and available in NB, NM and MF sizes.

Addition of a thin sheet of gold "emperor" providing an additional reserve of ink that grants a much more fluid writing.

Adding the emperor gold foil to the previous one.

Thick calligraphic strokes that vary according to the angle of writing and fine lines if used inverted.

Unique nib that consists of two layers, designed to give a variety of strokes, thin and thick.

Design that combines the three previous resources in a special nib.

This design of Mr. Nagahara is composed of two finely polished nibs and assembled in a way that resembles the body of a Royal Cobra. Giving a variety of extremely thick strokes - up to 6B-

This design of Mr. Nagahara is composed of three finely polished nibs and assembled one above the other, specially designed for the flexible type of writing, variable strokes between coarse, medium and fine.

The finest nib ever created by Sailor, EEF. Designed by Yukio Nagahara with 11 different processes that include microscopy. The name Sai-bi means beautiful writing in Japanese.