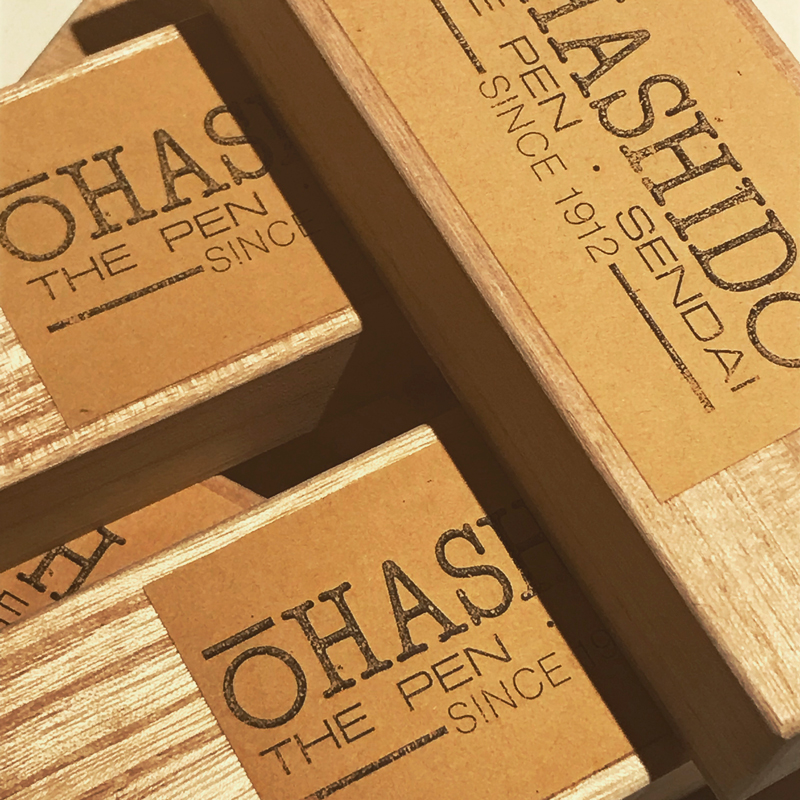 The Ōhashidō fountain pens are produced as their nib says, traditionally since 1912 in the Japanese city of Sendai. Yuuichi Uehara, third generation of artisans, learned from his father Eiichi, considered an intangible treasure of Japan.

Fountain pens with gold nib made for them by Sailor and engraved with Ōhashidō logo.

No two models are exactly the same, the craftsman has the privilege of modifying it at will, keeping in many of them the central ring with the acronym J.S.U. Japan-Sendai-Uehara.

In inktraveler we have made an effort so that you can enjoy out of the country of the rising sun and we hope you like them as much as we do.

Mail us if you want to see our stock. You can see more pictures and Ōhashidō history here. (sorry only in spanish)

Sorry for the inconvenience.

Search again what you are looking for